A level-5 leader embodies a paradoxical mix of personal humility and professional will. They're ambitious, first and foremost, for the cause, for the work - not himself, or herself - and has the will to "make good" on it. Level-5 leaders display a compelling modesty, and they are often self-effacing and understated. 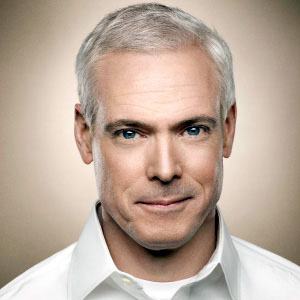 Author, Good to Great
James C. Collins is a researcher, author, speaker and consultant focused on the subject of business management and company sustainability and growth.

In his book, "Good to Great" [Audible | Amazon], award-winning author Jim Collins outlined the concept of the "Level-5 Leader".

The concept of Level-5 leadership is unique because it is based on empirical evidence. Over a five-year period, Collins conducted a research project to discover what distinguished so-called “good” companies from “great” ones. “Great” companies, he explained, were defined as those that made at least three extraordinary jumps in stock returns over a period of 15 years, independent of their industries. By comparing data from more than 1,435 organizations, he found that only 11 companies fit these criteria. One of the key reasons was leadership. In the end, Collins realized that each of the 11 notable companies had leaders with a specific combination of what he dubbed “extreme personal humility” and “intense professional will.”

As part of his extensive study, Collins and his team interviewed Alan Wurtzel. Wurtzel is the former CEO of Circuit City and, during his leadership, his business not only became phenomenally successful - but it sustained that success over a long period of time, far beyond his own tenure. When asked about himself and his counterpart at a competitor, Wurtzel summed the difference between them as 'he was more of a show horse, whereas I was more of a plough horse'. 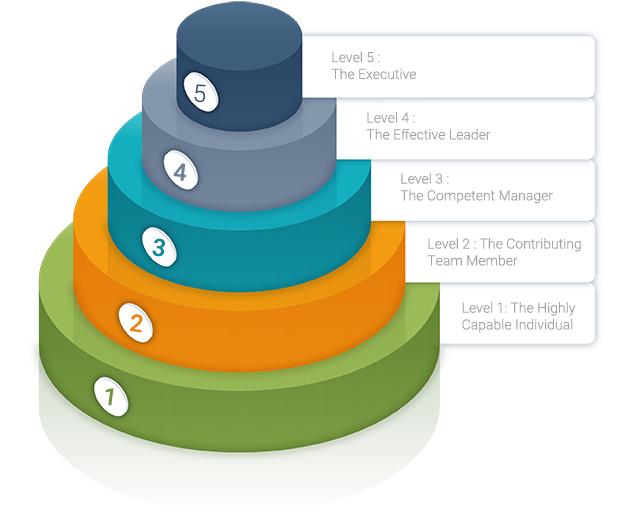 Of course, you cannot distil such an in-depth and significant study into a few short soundbites, and I highly recommend Collins' book to all of those amongst us trying to elevate their company to greatness.

But let's step back and look at that base definition once more...

A level-5 leader embodies a paradoxical mix of personal humility and professional will. They're ambitious, first and foremost, for the cause, for the work - not himself, or herself - and has the will to "make good" on it. Level-5 leaders display a compelling modesty, and they are often self-effacing and understated.

At its core is the key principal of putting personal ego aside, and focussing with absolute resolve on what is for the long-term good of the company.

Now let's turn to our own industry, boutique fitness, and explore how these principals might apply. 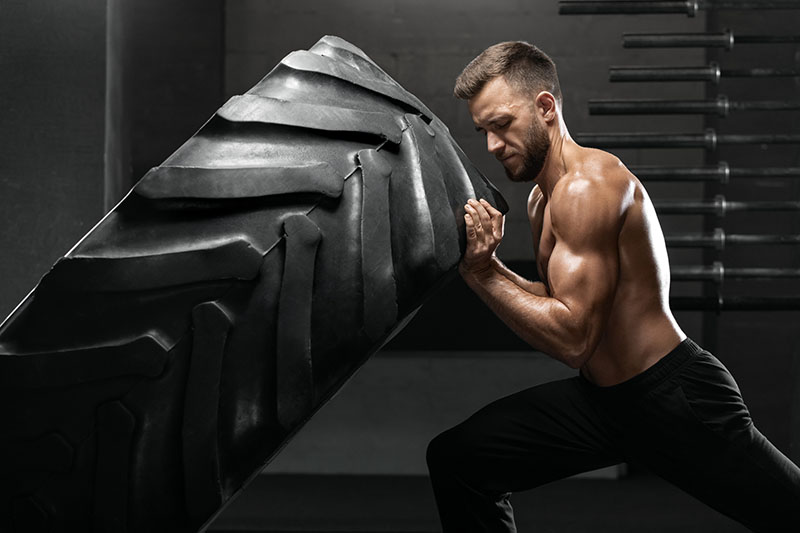 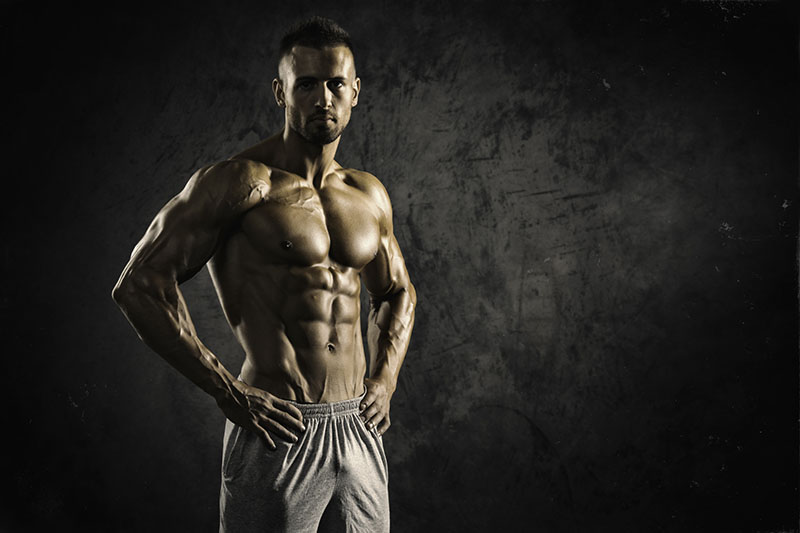 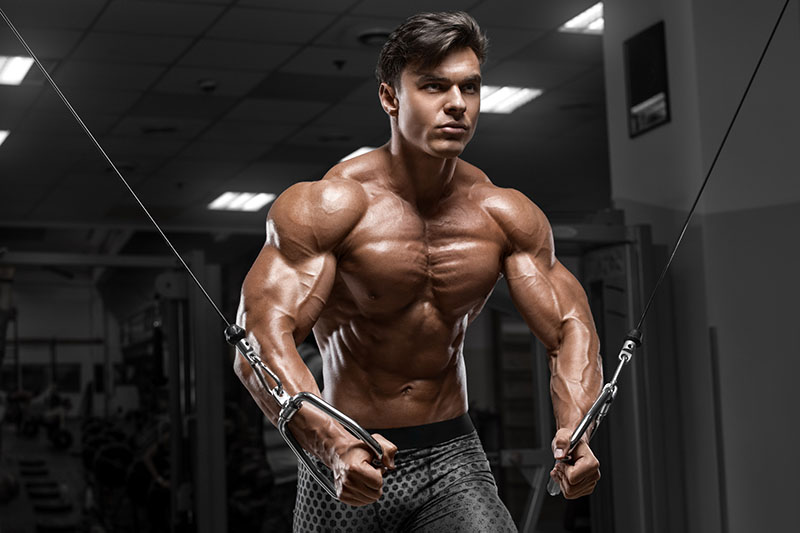 One aspect of achieving peak physical fitness is self-belief, and the concept of self-worth. Google images relating to fitness and, like the above, you will be inundated with photos of men, tops-off, seemingly having recently rubbed themselves down with chip-fat. It is a stereotypical image of fitness.

We firstly need to distinguish between fitness, and heath & well-being. It is, of course, possible to be at your absolute physical peak but be extremely unhealthy and your general well-being diminished. Some body-building disciplines would be an example of this.

As a gym member, there is little doubt that you would expect your coach to be in good physical condition. If you turn up for a premium 1-on-1 training session and your trainer is carrying a spare tyre around their waist, you might have questions & concerns.

The ability to achieve physical fitness has literally zero correlation with the ability to coach or operate a fitness business.  In fact, if you look at Collins' definition of a level-5 leader, it could be argued that, in many cases, the required qualities actually oppose those commonly found in those who achieve physical greatness.

Whilst level-5 leaders exhibit certain common leadership traits, these qualities lead them to behave and act in certain ways.

The fitness industry is very good at breading "show horses", but less so when it comes to "plough horses".

By way of example, think about the naming of typical gyms and fitness facilities, such as "John Doe Fitness"; "Jeff's Gym"; "Jane Doe Strength & Conditioning"; etc. All of these put an individual, the protagonist, at the core.

That is a sensible question. One key commonality between all was that all of these individuals had already established a name for themselves and achieved career and/or commercial success prior to them establishing their businesses. They were building upon their existing achievements.

But what happens when their namesake moves on? Is the business able to maintain its previous trajectory? By way of example, Gold's Gym recently found itself filing for bankruptcy protection.

Probably 90% of fitness industry "gurus" feature brand as one of the most important, often core, elements in their teachings.  Nobody would dispute that branding is important (under such guidance "John Doe Fitness" often quickly becomes "JDF"), but often these 'experts' themselves fail to grasp the concepts that enable a business to make the transition from good to great.

A successful, modern small group training gym needs to genuinely put the wellbeing of their members at the heart of everything they do.

Many UK SGPT gyms have a woeful turnover of members, simply because they do not establish processes or environment to support continued growth. This leads to the constant need to recruit new members, whilst valuable, existing members drop-out the bottom.

The incessant drive for leads is another trait that has become ingrained in us, due to repeated drum-beating by those who proffer to teach & guide, but that they, themselves, seldom understand.

SGPT Infinity, part of Quoox Alchemy has been created to help driven level-3 & level-4 leaders implement the systems and processes of level-5 leaders, growing their businesses & experience until such time that they, themselves, become a genuine level-5 leader.

Discover how to turn your SGPT gym from good to great