The race to the bottom: Sucked into the void

"My member's won't pay that!" - A struggling SGPT gym owner

If I had a penny for every time I'd heard the phrase "my members won't pay that", I'd have almost accumulated enough money for a Cadbury's Freddo (inflation is a killer).

We are seemingly an industry intent on hurting itself.  The chain gyms battle with ever-more ridiculous pricing and, for reasons that make little sense, small, independent gyms seem to be trying to follow suit.  It is a seemingly endless "race to the bottom" and one that no-one can win.

But why are we doing this? By its very nature, SGPT is a premium service. It should attract a premium price tag, and this is an absolutely critical premise for those operating a small group training gym - and actually wanting it to i) survive, and ii) be profitable.

Let's take a look at a few other "can't possibly" examples, and then relate these lessons back to our own industry. 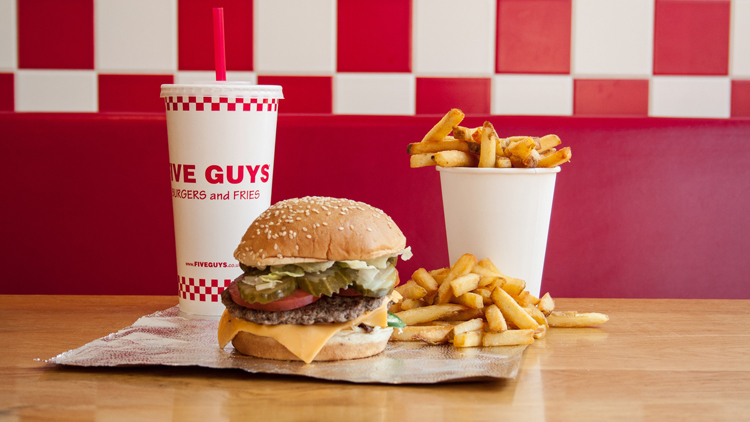 Let's take a look at three different high-street burger chains and their pricing for a comparative meal comprising a standard drink; standard fries; and their flagship burger.

As at the time of writing:

The price at Five Guys is 288% that of McDonalds, for a relatively comparable meal.

Let's be more specific, and look at an even more clear example... the price of a regular diet coke (because we're watching our waistline, right?!):

The price at Five Guys is 343% that of McDonalds. For literally the same product, for which the cost-of-supply is approximately 20p - and for which the paper cup and lid is more expensive than the flavoured, fizzy sugar water that is placed inside.

Example 2 : Flight from London to Paris

We'll now turn to a return flight, on the same days, from London, UK to Paris, France.

According to SkyScanner, before taxes & levies, and as at the time of writing:The price of the British Airways flight is 187% that of the EasyJet equivalent. 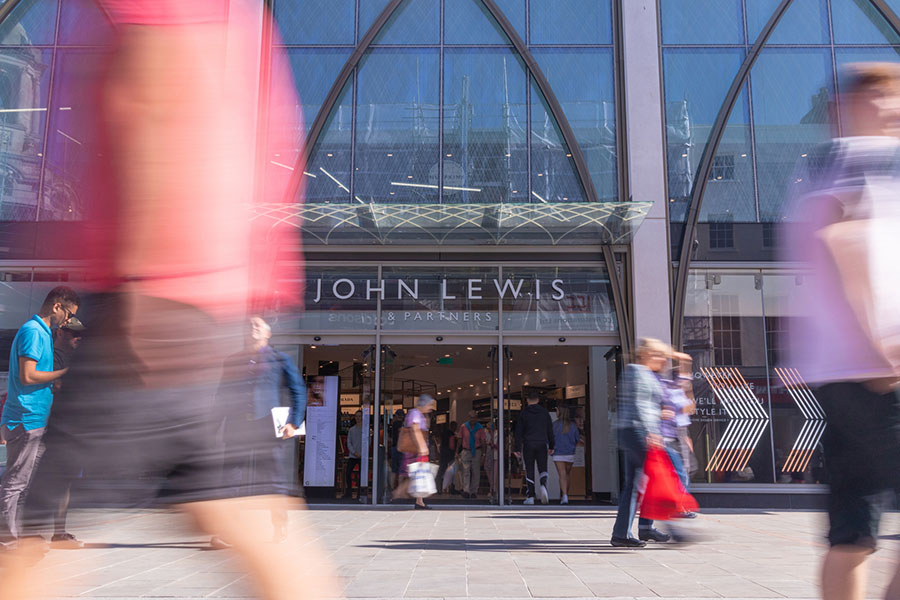 John Lewis is a well known and highly respected high street retailer in the UK.

They operate under the long standing motto "never knowingly undersold", and offer a price-match for any competitor selling an equivalent product at a cheaper price.

Unnoticed by the majority of its customers, John Lewis quietly dropped their price match pledge in early 2022, fully phasing it out by summer '22.

What do the operators in these three examples have in common with their counterparts?

The reason that one can command a significantly greater price over another is down to quality - both actual and perceived.

Actual quality differences may manifest itself in different ways. For example, EasyJet fly from "London" Luton, whereas British Airways fly from London Heathrow.  For many, Luton is considered less convenient and accessible than Heathrow.

When you travel First Class or Business Class, they get out a red rubber-backed floor mat for you to walk on, rather than the bare terminal floor. Once on-board, you have access to a greater range of products and get first pick at the in-flight meals.  Then, once in-flight, you only suffer light bruising (instead of mild concussion) when the seat in front is reclined whilst your tray table is down.

Heading back to our burgers, Five Guys may be a thicker patty, but the difference is largely in the presentation and, IMHO, the Five Guys burgers are excessively fatty.  However, the perception remains one of a premium product.  Even the environment draws a natural difference.  Younger kids, students, and families are typically more cash constrained, resulting in the Five Guys clientele likely being those having a higher disposable income.

A similar 'natural exclusivity' rule applies to the flights. There is less chance of having the guys from the "Venga Bus" sat behind you in Business Class on your British Airways flight, compared to the chances on EasyJet.

Do British Airways have trouble filling Business Class? Not at all.

Do Five Guys have difficulties in filling their restaurants? Again, no.

Premium products with a premium service are able to successfully command a premium price point.

John Lewis dropped their price match pledge as they were getting sucked into the 'retail wars' and the 'race to the bottom'. Consequently, and compounded by COVID-19, they suffered financial losses and needed to re-position their business.  They chose to do so by returning to a focus on quality and perceived quality - turning their back on any promise of 'bargains'.

SGPT is, by definition, a premium offering

The reality of the world is that not everyone can afford premium products.  However, small group personal training is a premium product and premium service, and needs to be presented & charged as such.

With a higher membership point, your business needs to attract fewer members. A high-quality of service will keep them renewing. Furthermore, those with a higher disposable income are less likely to be affected by financial hardships, such as the current rise in the cost-of-living in the UK.

So many gyms offer, for example, a "3x per week SGPT" offering.  They then throw in things like "unlimited large group sessions" and "free open gym".

These foolish bundles are often inspired by 'fitness gurus' that say it adds value for the member, but it is doing the opposite.

Offering, for example, "3x per week SGPT with inclusive 2x per week large-group" is a much stronger sell.  Firstly, your members are not professional athletes.  They ought to be training one-day on, one-day off - not every day.  Therefore, for a 3x SGPT package, the most large group sessions they could consume per week is 2x.

By throwing in "unlimited this" and "unlimited that" you are, essentially, setting the value of that product at £0.00.  And, one thing's for certain, people do not value anything that is free.  It has zero perceived value, and is therefore treated as such.  Whereas, "plus 2x large group included" has bounds and, thus, a greater perceived value for exactly the same offering.

The types of member that would be impressed by the "unlimited" mantra are likely to be less sophisticated and, chances are, a lower-earner with less disposable income than their more cognisant counterpart. It is crucial that you speak to your audience, using language that resonates with them.

"Open gym" is an entire topic in itself.  Largely born out of panic in the post-COVID era, several fitness guru's promoted the "open gym" concept.  A high-ticket SGPT training facility should be capable of filling almost an entire roster of 4-person, small group training sessions.  To offer and promote open access to your equipment simply de-values your offering, and undermines the premium nature of your business.

Not every location can support a premium SGPT offering, but the majority can.  Provided you're not trying to open a premium quality facility in a fundamentally poor area, your business will find its clientele.

Member engagement and an absolute & unrelenting commitment to quality of service is essential for success with high-ticket memberships.

We can help you become a premium service gym...